Southern California’s Ports Are Catching Their Breath During Import Lull

Release date: 11/03/2022     Hits: 1732    Comment: 0
Note: Containers are moving rapidly off the docks at the Port of Los Angeles’s Yusen Terminals, but a looming wave of boxes threatens to again slow operations

A stream of heavy-duty trucks rumbled by Alan McCorkle one recent afternoon as the head of one of the main cargo handlers at the Port of Los Angeles drove past rows of stacked shipping containers.

“This is optimism right here in front of us,” said Mr. McCorkle, the chief executive of Yusen Terminals LLC. “Trucks to our right, trucks to our left.”

With about 1,000 trucks due to pick up cargo before the terminal closed for the weekend, it was the busiest that Mr. McCorkle had seen the container yard on a Friday in more than a year. The hum of activity was one sign that the gridlock that has made Southern California’s ports the center for U.S. supply-chain congestion may finally be easing, at least for now. 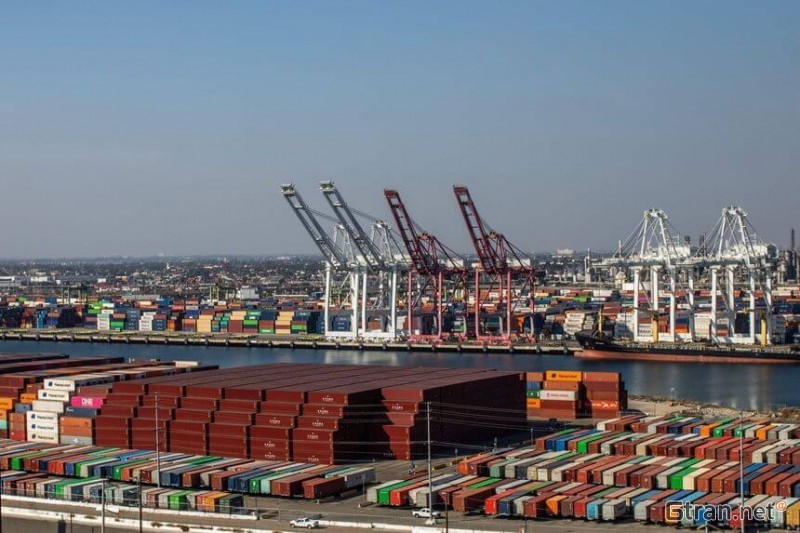 Yusen is one of 13 terminals at the nation’s busiest container port complex at Los Angeles and Long Beach that were swamped last year by a 20% surge in imports during the Covid-19 pandemic. The resulting bottlenecks caused weeks or months of delays for shipments to U.S. retailers and manufacturers and have contributed to rising shipping costs and to accelerating inflation.

Mr. McCorkle and other terminal operators at the neighboring ports say the imported containers have been moving more quickly through the ports and on to inland destinations recently. The companies at the heart of the supply-chain logjams don’t expect the respite to last, but they say that adjustments made in recent months, including the addition of space to hold containers off the ports, may help keep the ships and their cargoes moving.

The terminals are catching their breath during a seasonal lull in imports that occurs when factories in Asia slow or stop production during the Lunar New Year. Terminal operators say a sharp decline in the number of workers calling in sick with Covid-19 has also helped.

A backup of container ships waiting to unload at the Southern California ports, which reached a record 109 vessels in January, fell to 48 ships on Sunday, the smallest it has been since September. Before the pandemic it was unusual for more than one or two ships to wait for a berth.

The improvement has come as the double-digit annual growth in import volumes at the ports through the first half of 2021 has receded. The volume of inbound shipments handled at Los Angeles and Long Beach dipped to the lowest level in 18 months in December and then rose just 1.8% in January compared with the year before. Measures such as the time boxes wait for handling have also slipped from historic highs.

import volumes are expected to pick up over the coming months, however. And operators say many of the underlying supply-chain issues that caused backlogs in 2021 persist.

Warehouses still don’t have enough workers or space to process and store boxes, executives at companies in the region said, and trucking firms remain short of drivers and the trailers needed to pull containers.

Terminal operators expect that as import volumes roar back, as some predict, those links in the supply chain could become overwhelmed and congestion could back up into the terminals again.

Anthony Otto, chief executive of Long Beach Container Terminal, said he expects import volumes this year to be as high, if not higher, than in 2021, based on annual contracts recently signed between major retailers and ocean shipping lines. “We should see those volumes roaring back over the second and third quarters,” Mr. Otto said.

Denmark-based marine consulting firm Sea-Intelligence ApS predicted this week that the vessel queue will grow again. The firm forecasts that average weekly imports to the West Coast over the next three months could be 20% higher than last year’s volumes during a comparable period.

“We might simply be back to the 100 to 105 vessels in the queue, by the time we get to April,” said Sea-Intelligence CEO Alan Murphy.

Shipping industry officials say retailers still need to restock inventories that have remained depressed throughout the pandemic and that some importers, such as auto makers, are ordering more goods than usual as priorities shift from “just in time“ to “just in case” supply chains.

Some importers also are pulling forward end-of-year holiday orders, executives say, to avoid potential disruptions later this year when West Coast dockworkers and terminal operators are due to negotiate a new labor contract.