Release date: 28/10/2022     Hits: 4305    Comment: 0
Note: Automation is changing the nature of work on warehouse floors and in leadership ranks for a new generation of supply-cha 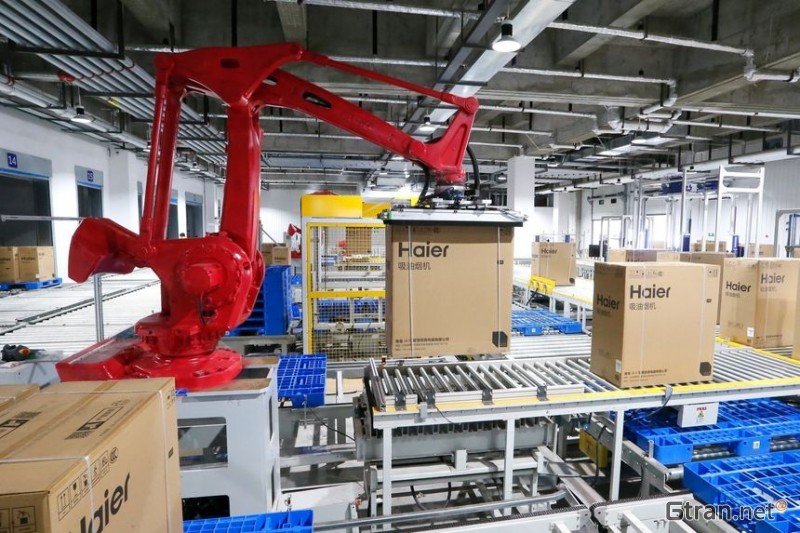 The impact of robots on logistics operations is growing more complicated as companies weigh how automation affects recruiting both management leaders and staffers for the warehouse floor.

Some companies say that investing in automation is helping them bring in a new generation of tech-savvy workers interested in working on the latest developments in artificial intelligence, robotics and other technologies aimed at driving efficiency in supply chains. The progress toward adoption of robots that can lift, move and pack a growing array of products is also changing the character of blue-collar jobs in the warehouses, expanding the pool of potential recruits in a tight labor market.

The shifts come as many companies are looking at automation to cut the number of employees in their logistics operations, both to trim costs and to make the flow of goods through distribution networks more efficient and predictable.

“The newer generation are coming in. They’re looking for, ‘What’s exciting and new about this that I can bring value to?’” said Sandra MacQuillan, executive vice president and chief supply-chain officer at Mondelez.

The Chicago-based distributor of Oreo cookies, Toblerone chocolates and belVita biscuits is seeing more logistics professionals interested in working on the company’s investments in building no-touch distribution centers and factories and in online monitoring systems that eliminate the need for workers to adjust things throughout production, she said.

Ms. MacQuillan said some warehouse-floor jobs will be eliminated as Mondelez upgrades its operations while other roles will shift from physically demanding work moving goods through distribution centers toward positions managing the technology.

People “hear, ‘No touch, does that mean that I haven’t got a job?’” she said. “It doesn’t mean that necessarily. What it may mean is, it’s a very different job that we’re asking you to do. But it should be more rewarding because we’re using your brain rather than asking you to do manual work all the time.”

Dave Clark, chief executive of digital-focused freight forwarder Flexport Inc. and the former head of Amazon.com Inc.’s consumer business, was at Amazon when the e-commerce giant acquired robotics company Kiva Systems Inc. in 2012. The buy jump-started the company’s rollout of greater automation in its growing logistics network and expanded the pipeline of engineers and other technology workers into the business.

Job-hunting students “care a lot about how ‘forward thinking’ a firm is before they go to work there,” including the types of technology the company uses, said Dale Rogers, a professor of supply-chain management at Arizona State University’s W.P. Carey School of Business.

Lee Beard, senior vice president of transportation at Seattle-based Nordstrom, said the retailer has been highlighting its technology investments to job recruits.

People “want to work on really compelling things where they see business impact, and where they also feel like, hey, that company or that industry sees supply chain as a competitive differentiator,” Mr. Beard said. “The investments we’re making across supply chain, in our technology, et cetera, give us proof points when we’re having those types of conversations with candidates.”