Rising Shipping Costs Prompt Businesses to Get Creative With Deliveries

Release date: 25/10/2022     Hits: 3534    Comment: 0
Note: Rising shipping costs are primed to squeeze profits for businesses of all sizes this holiday season.Entrepreneurs and ex

Rising shipping costs are primed to squeeze profits for businesses of all sizes this holiday season.

Entrepreneurs and executives say that to cope they are buying their own delivery vehicles, pleading with customers for patience and changing the products they sell. The moves, they say, are in response to carriers such as FedEx Corp. FDX 1.00%increase; green up pointing triangle and United Parcel Service Inc. UPS 1.21%increase; green up pointing triangle continuing to pass along price increases for service.

Staff at specialty pharmacy Lumicera Health Services looks at seven-day weather forecasts and calls patients ahead of time to ask if they need to replenish their supply soon or if they can wait, in some cases, for a bad weather event to pass. For medications that need to be refrigerated, the Madison, Wis.-based company uses pricier next-day air or express-delivery services.

“I’m training my pharmacists to be amateur meteorologists,” said Ben Heiser, vice president of operations and business development at Lumicera, which ships 250,000 packages of medications yearly to 30,000 patients across the U.S. 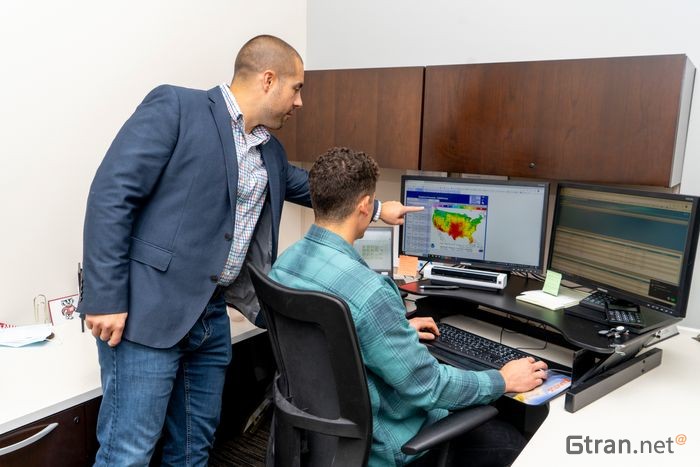 Ben Heiser, vice president of operations and business development at Lumicera, going through weather reports with a clinical pharmacist. 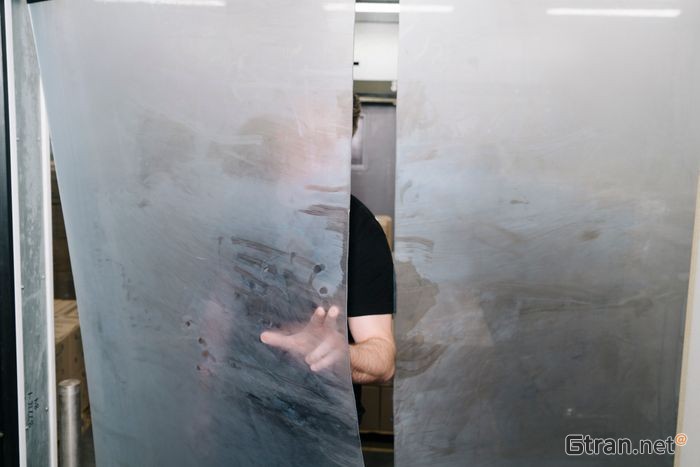 Many of the medications at Lumicera are stored in a freezer.

During the early days of the pandemic, shippers, or companies that use shipping services, said they were price takers, accepting higher rates and conditions that their carriers proposed. In 2022, FedEx and UPS raised rates an average of 5.9%, which was the first time in eight years that either strayed above 4.9%.

Shippers say those rate increases are actually higher when including extra fees, such as those for making residential deliveries, oversize items and fuel surcharges. Some companies are leasing more warehouses around the country to shorten the length of costlier final-mile deliveries to their customers.

Shipping costs are primed to increase, too. Last month, FedEx and UPS said they would raise their shipping rates by an average of 6.9% across most of their services starting in January and late December, respectively.

Additional fees on shipping have helped carriers mitigate rising costs through the pandemic and after Russia’s invasion of Ukraine, which sent fuel prices soaring. Though U.S. diesel prices are down from their June peak, they are still up about 47% a gallon from the end of last year, federal data show.

Fuel surcharges have been a pain point among companies that need shipping services, and these companies say that surcharges haven’t declined in conjunction with energy prices. Carriers are in control of their own fuel-surcharge rates and can change them to increase their margins, said Josh Dunham, chief executive of Reveel, a shipping intelligence platform.

Carriers say their fuel surcharges can adjust up or down each week based on diesel and jet-fuel prices.

The fuel surcharges for FedEx Ground and FedEx Express have dropped from their June peak, said company spokeswoman Jenny Robertson.

UPS spokesman Glenn Zaccara said the company seeks to ensure overall pricing is commensurate with the value it provides and adjusts prices, including fuel surcharges, based on changes in its network, its mix of customers and products and the market. 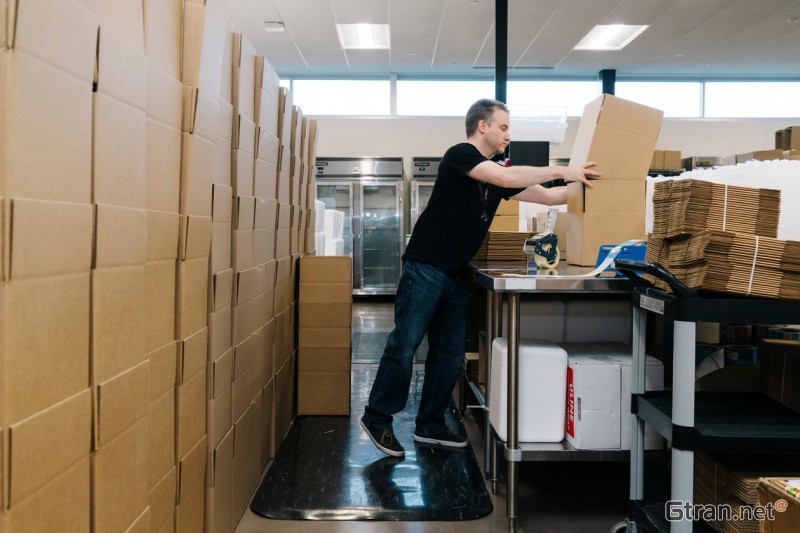 Temperature-controlled medications are prepared for shipping at Lumicera Health Services.

Sellers of bulky items such as auto parts, sports equipment and furniture have also seen steep increases in fees to handle deliveries, said Mr. Dunham. He advises shippers to analyze products individually to figure out which items are unprofitable to ship.

FedEx is keeping some surcharges it introduced at the start of the pandemic in place, including a $1 surcharge for Ground economy packages, as inflation persists, said Ms. Robertson.

“I have a lot of disgruntled customers,” said Nancy Madsen, owner of Oh My Goodness Boutique, a vinyl and craft store in Corpus Christi, Texas. Many shoppers have abandoned their online carts at checkout after seeing how much they have to pay for shipping, she said.

Ms. Madsen started tweaking in late 2020 how weight is measured for items in her online store so as to better estimate the weight of orders. Each print, which is like a piece of paper, is treated as one ounce in the cart but if a customer buys 13 prints, it wouldn’t add up to 13 ounces, she said.

She has also removed heavier items from her online store, such as cotton shirts.

“Shipping used to be around $2, but now, the cheapest shipping price I get is around $4 per package,” said Ms. Madsen, adding that each item in her online store is priced at less than $20.

For her own operations, Ms. Madsen said she purchased a second delivery van for $75,000 in September. She now picks up wooden pallets from her suppliers in Texas and has them take the boxes off the pallet, after the cost of getting pallets shipped to her store rose to more than $1,800, up from $200 before the pandemic.

“It’s worth every cent,” she said, adding that meeting vendors face-to-face helps her get better deals, especially on goods that are overstocked.

The workarounds come as package carriers are in the busiest time of year for deliveries, which runs from October to early January. FedEx, UPS, and the U.S. Postal Service typically assess surcharges on shippers in this period. 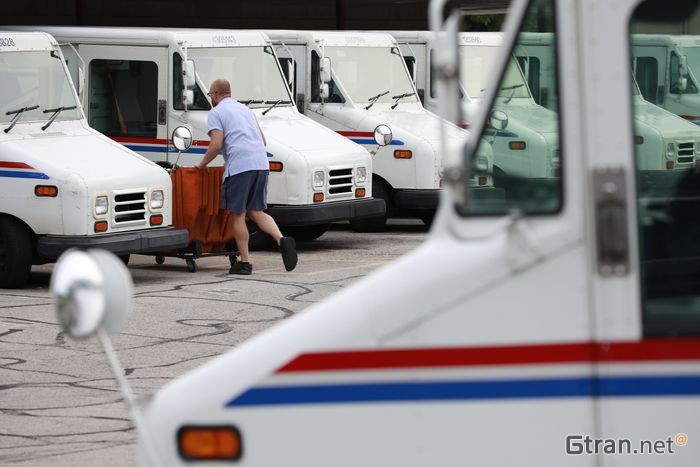 The U.S. Postal Service is focused on providing options that meet the needs of cost-sensitive customers, a spokesman said.

Generally, larger shippers are able to secure bigger discounts from their carriers, as well as refunds for delivery failures. Smaller shippers say they have less bargaining power and have to get creative to lower shipping costs. Carriers have been eager to maintain customer relationships with small- and medium-size businesses because they get more revenue per package from them than from bigger shippers.

The Postal Service is focused on providing options that meet the needs of cost-sensitive customers, said USPS spokesman Dave Partenheimer.

Children’s book author Krystaelynne Sanders Diggs said she wants to keep her books affordable and doesn’t want to charge customers more for shipping if she can help it.

Her books cost around $10 apiece on her website and slightly more than $10 on Amazon. Each book costs about $3.49 to ship, up from around $2 a year ago, she said. She charges customers a $2.99 shipping fee per book.

Ms. Sanders Diggs uses the cheapest delivery option available from the U.S. Postal Service to get products to customers, USPS Media Mail, which takes at least a week for delivery.

In early October, she posted a video on Facebook appealing to customers to accept longer shipping times.

“Please be patient with me,” she said.

The Santa Rosa, Calif.-based author said she sometimes delivers bulk orders herself. Next month, she plans to drive two hours in her 2017 Chevrolet Cruze to drop off a customer’s 170-book order. Shipping them would cost around $200, and gas there and back, she estimates, costs $60. 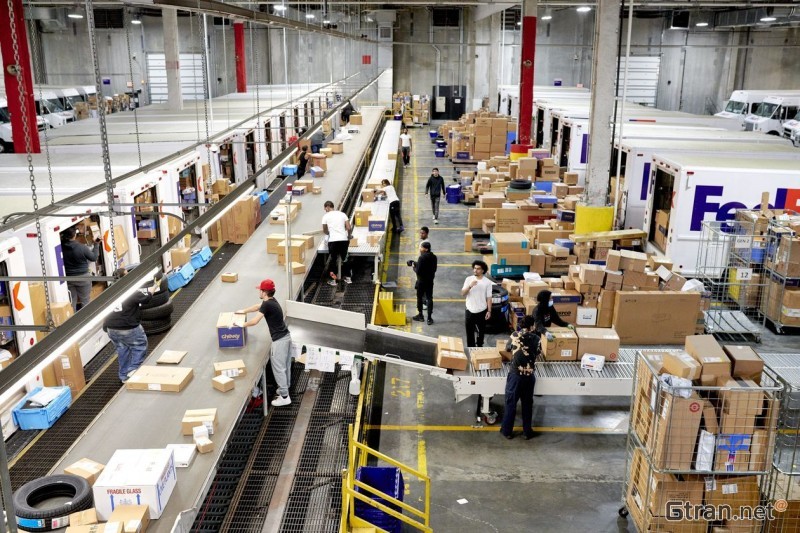 FedEx is keeping some surcharges it introduced at the start of the pandemic in place.